Perimesencephalic non aneurismal subarachnoid hemorrhage is one of the subtypes of non aneurismal subarachnoid hemorrhages.  There are several studies showing that it has most of the time venous origin, however all the patients should undergo angiographic evolution to exclude aneurysm. There are certain characteristics of blood accumulation for PM-NASAH; blood is isolated to the perimesencephalic cisterns anterior to the brainstem; there may also be extension into the ambient cisterns or basal parts of the sylvian fissures, but not into the lateral sylvian fissure, anterior interhemispheric fissure, or lateral ventricles. CT scanning is crucial in time aspect.  However several studies show that MRI has privileges over the CT, especially in late stages of hemorrhage.  Angiographic evaluation has to be performed.  CT angiography or MR angiography are very informative, however digital subtraction angiography is considered to be the gold standard.  Patients with PM-NASAH have milder clinical symptoms and better survival rates and outcome.  However, some of the patients still develop few complications which are rebleeding, vasospasm, acute seizures, hydrocephalus, hyponatremia and cardiac abnormalities, and in acute setting they should be admitted to intensive care unit and be runned as patients’ with aneurismal subarachnoid hemorrhage, until proven the absence of aneurysm.


Subarachnoid hemorrhage (SAH) refers to bleeding within the subarachnoid space, which lies between the arachnoid and pia mater and is normally filled with cerebrospinal fluid. Most cases of subarachnoid hemorrhage are caused by rupture of an intracranial aneurysm, but approximately 15 to 20 percent of patients do not have an established vascular lesion on initial four-vessel cerebral angiography. The causes of nonaneurysmal SAH (NASAH) are potentially diverse, and often the mechanism of bleeding in these cases is not identified.

One of the subtypes of nonaneurysmal SAH is perimesencephalic nonaneurysmal subarachnoid hemorrhage (PN-NASAH), which was first described by van Gjin et al. in 1985, is characterized by accumulation of blood predominantly around the midbrain, has normal cerebral angiography, and a benign course of clinical symptoms and better outcome.

There is no female to male predominance. The reported proportion of cases of NASAH that are PM-NASAH varies between 21 to 68 percent. In a biracial, population-based, epidemiologic study, the annual rate of PM-NASAH was estimated to be 0.5 per 100,000 persons over 18 years of age. The majority of cases have venous origin-A venous source for PM-NASAH is suggested by the limited extension of blood and low rate of subsequent rebleeding, both suggesting a low pressure bleeding source. 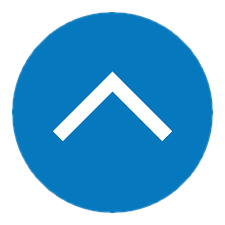